Migraines: The B(r)ane of Our Existence

Sleep and Wellness Medical Associates Blog Migraines: The B(r)ane of Our Existence 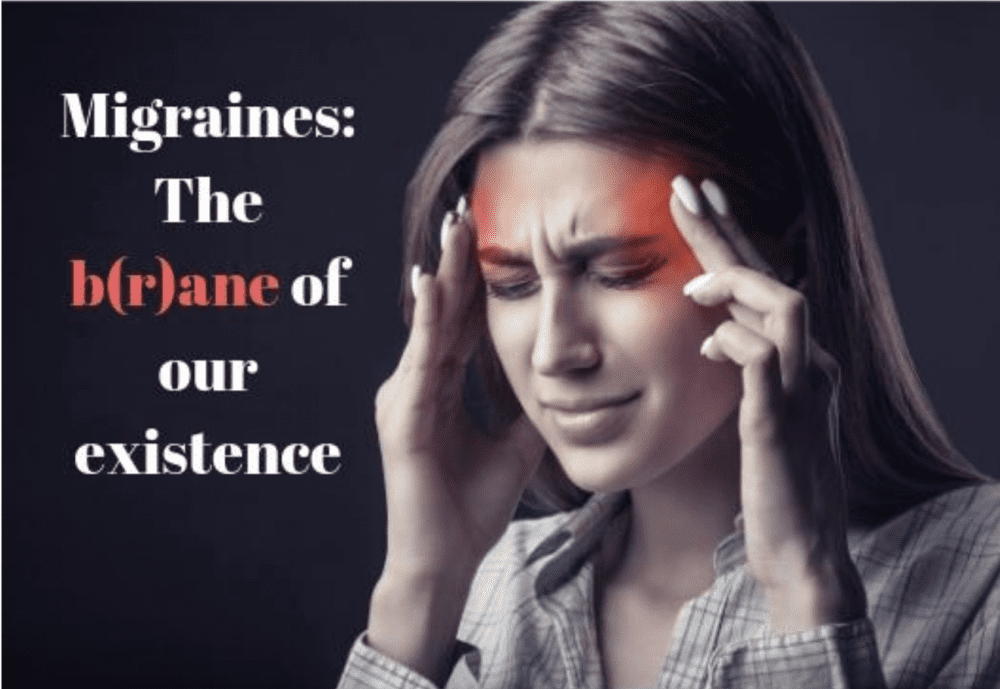 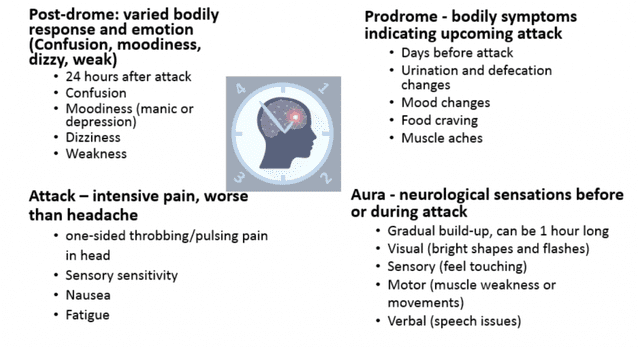 Above is a description of the phases of a migraine episode - an intense, throbbing pain on one side of the head. If any of the above phases are experienced along with intense pain, it’s important to contact a professional for a proper diagnosis and an evaluation of treatment options.

While migraines are thought to result from an imbalance of certain chemicals in the brain, the cause of migraines is unknown. Multiple genetic and environmental factors such as age, stress level, and family history can affect the risk of having migraines.

The main treatments for migraines mitigate the severity and frequency with which episodes usually occur. There are preventative drugs that limit migraines by constricting blood vessels, blocking pain pathways, or changing the balance of brain chemicals. These would be taken regularly as opposed to pain-relievers such as ibuprofen or acetaminophen, which are only taken during an episode. The treatment one gets is heavily dependent on their situation, since the severity and frequency of migraines changes from person to person.

There are a slew of different stimuli that can trigger the onset of a migraine attack. It is believed that certain compounds may generate signals which would typically not be harmful, but are perceived as pain due to cross-talk between parts of the brainstem and the pain-related trigeminal nerve. Common triggers relate to sensory stimulation such as in: Here at Sleep and Wellness, we have a multitude of different treatment methods to remove the stresses of migraines. One of the protocols we use involves therapeutic administration of BOTOX in order to relax nerve bundles that could be hyperactive during migraine episodes in order to relieve pain symptoms and ultimately improve the quality of life of our patients.

The excessive spontaneous neural activity that is characteristic of epilepsy is also characteristic of migraines which allows migraines to be prevented with many of the same medications used against seizures, including topiramate (Topamax) and valproate (Depacon). However, ibuprofen or aspirin most often suffice in reducing the symptoms of episodes.

Nevertheless, lifestyle adjustments can go a long way in minimizing the pains of migraine episodes. Episode severity can be decreased by using psychological techniques such as cognitive-behavioral therapy and biofeedback, whereas physical action taken to stick to a consistent sleep schedule with just enough sleep, a diet devoid of triggers, and engagement in regular exercise can allow migraine patients to lead a better quality of life as well.

If yourself or someone you know would like to learn more about our treatment methods for migraines and would like to schedule a consultation, please contact us at: (609) 587-9944. 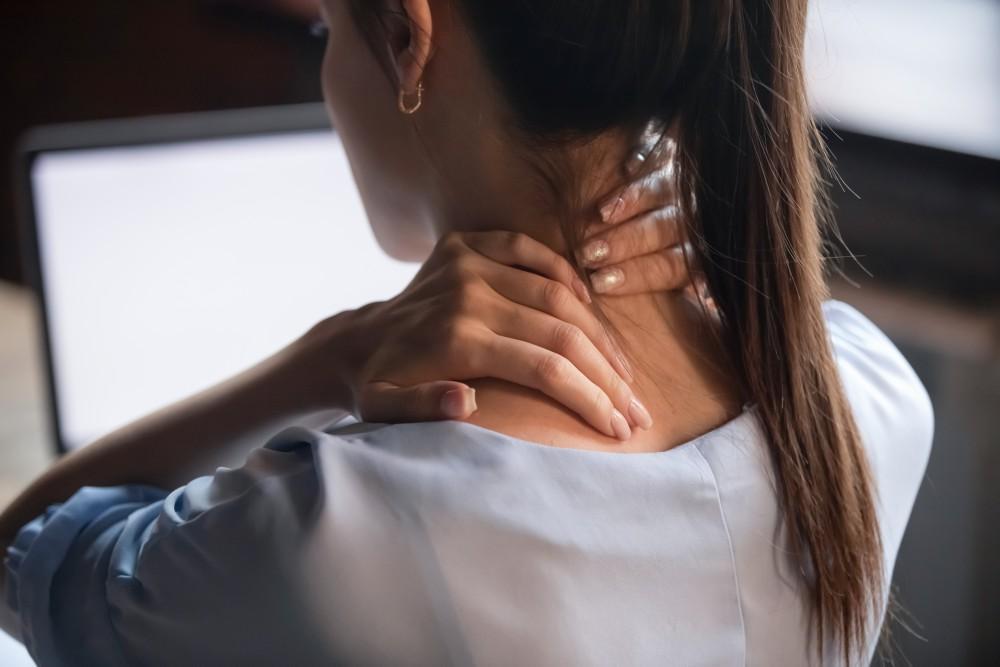 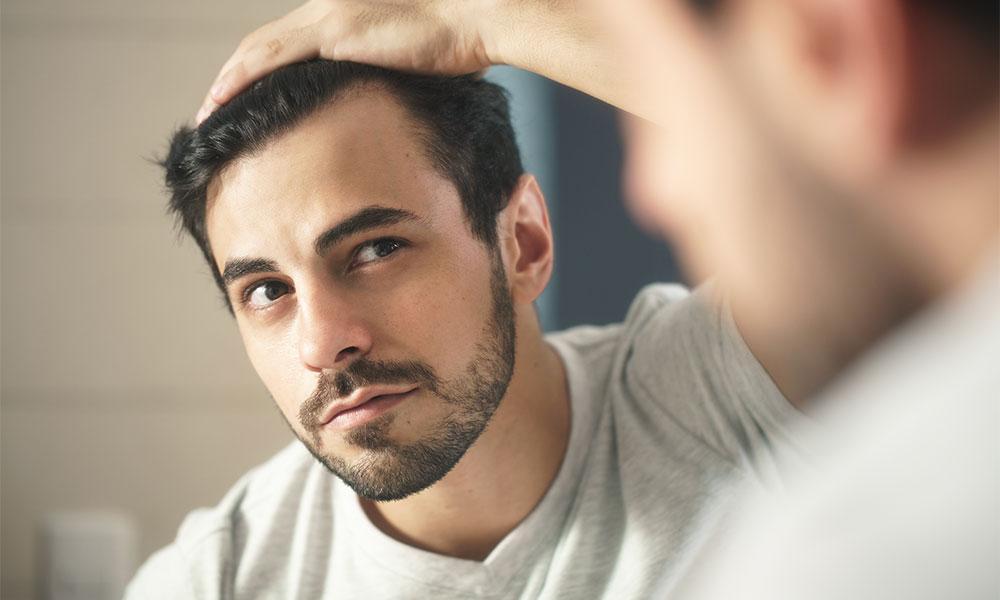 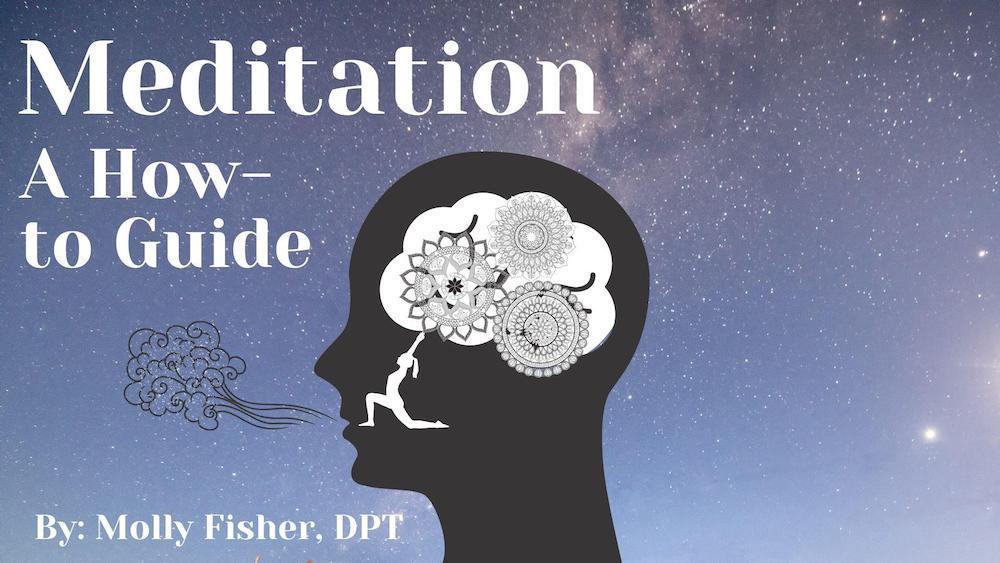