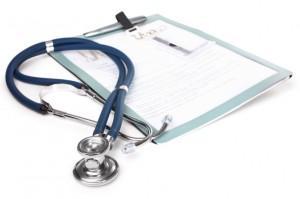 Hypertension is the term used to describe high blood pressure. This means the high pressure in the arteries, vessels that carry blood from the heart to all tissues and organs of the body.
Normal BP is below 120/80 and the readings in between 120/80 and 139/89 is called pre-hypertension. Generally blood Pressure of 140/90 and above is considered high and treated as hypertension. Many factors affect your blood pressure, including the amount of water and salt in your body, levels of hormones, size and condition of the arteries and the condition of kidneys and nervous system.

Diabetes (Diabetes mellitus) is a chronic health disorder in which the body either doesn’t produce enough or doesn’t respond to the insulin produced by the pancreas. Insulin is a hormone which converts glucose into energy and as a result of diabetes, the glucose get accumulated in the blood, leading into complications such as heart disease, stroke, kidney failure and blindness.
Though many types of diabetes are identified, the principle types include Type 1, Type 2 and Gestational diabetes. Type 1 diabetes results from body’s failure to produce insulin and Type 2 results as a result of cells failing to accept the insulin to use the insulin produced within the body. Gestational diabetes occurs in pregnant women who have high blood sugar levels during pregnancy.

Ulcer is a non-healing wound that develops on the skin, mucous membranes or eye. This arises as a result of many causes including lengthy healing time, loss of integrity of the area or secondary infection by bacteria/fungus/virus. Peptic ulcer is a condition that forms in the lining of the stomach, just below the stomach at the beginning of the small intestine. Stomach is a bag of muscles that crushes and mixes food with the digestive juices (acid and pepsin). When the lining of the stomach is damaged, the digestive juices act as they would on food. At the same time too much acid would cause ulcer by damaging the stomach lining.

Arthritis is a condition that describes pain, stiffness and inflammation in one or more joints or muscles of the body. Different forms of arthritis are identified and the most common form is known as the osteoarthritis, which happens as a result of pain to the joint, age or infection of the joint. Though there is no cure for arthritis, many techniques are available to manage the condition, which includes physiotherapy, medication and exercise.

Heart disease includes a range of illnesses that affect the efficiency and normal functioning of the heart.
Heart acts as the muscular pump in the chest that pumps blood with oxygen and nutrients to the whole body tissues and organs. Ultimately this results in disrupting the pumping action of heart, resulting in vital organs like brain and kidneys to suffer. The whole body itself is depending on the operation of the heart and seizure of the organ would result in death within minutes.

Heart failure, also referred as Congestive Heart Failure does not mean that the organ has failed to function. This refers to a structural or functional disease of the heart which impairs the ability of the organ to supply sufficient blood to the body to meet its needs.Though this develops slowly, heart disease is chronic and long term condition which gradually results in heart failure.
Common causes of heart failure include forms of ischemic heart disease, myocardial infarction, cardiomyopathy and hypertension.