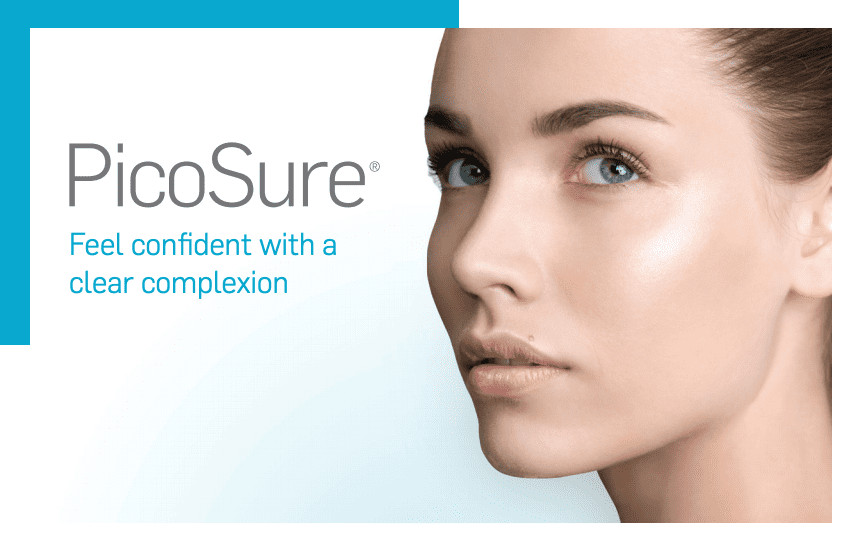 PicoSure is the only picosecond laser that works with your body to make ALL skin types look and feel better – naturally. This technology enhances processes your body already uses in order to further revitalize your skin, with absolutely no discomfort or downtime like other laser treatments. Also, another common application of this technology is for tattoo removals.

How Does it Work?

The cells within our body talk to one another to keep the body healthy. This “body talk” occurs when cells release proteins that trigger a healing response which produces new collagen and elastin for healthier-looking skin. PicoSure treatments enhance these natural collagen and elastin-producing processes through Skin Cell Activation, the secret behind the PicoSure rejuvenation process.

There are many different types of tattoos recognized by the American Association of Dermatology, but when it comes to removing them, what matters most is the depth of the skin in which the tattoo was administered. 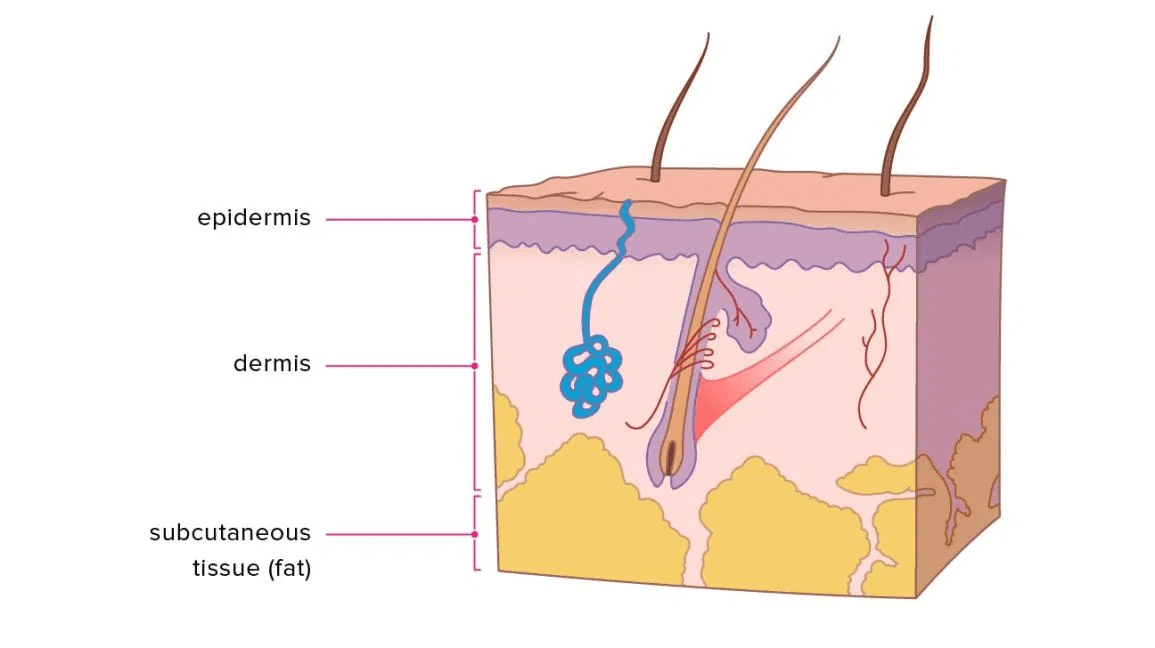 To quickly give an overview of the skin, there are three main layers. The outermost, consisting of dead cells on top and basal cells as we move deeper, is the epidermis. The middle layer is known as the dermis, and it contains most of the nerves, blood vessels, and glands in the skin. The final and deepest layer of this is the subcutaneous tissue, or hypodermis, and as can be seen in the diagram is mostly adipose tissue, or fat. Between these three, the skin is regenerated, kept alive, and serves as natural protection and insulation for the body.

Tattoos are either administered to the epidermis of the skin (temporary tattoos), or the dermis (permanent tattoos). Another tattoo that typically exists in the dermis is known as traumatic tattoos, but these are a bit different from the other two as they are not intentional. If a substance such as sand, asphalt, or even graphene gets stuck in the skin as it heals over, and creates a lesion that appears black or blue.

Permanent tattoos also do stain the upper epidermis, but this staining as well as temporary tattoos are just that, temporary. The epidermis’ dead cells are always shedding and being restored, so a temporary tattoo and any ink in the epidermis from a permanent tattoo will be gone after 1-2 weeks. The dermis, however, does not do this, so the ink from a permanent tattoo is stuck there. This ink penetrating the dermis provokes an immune response, and macrophages, cells that protect the body by ingesting pathogens, ingest the ink particles. Over time, the ink will be broken down, causing the tattoo to fade, but most macrophages will get stuck, since the particles are too large to ingest. It is the ink stuck in these macrophages that creates the ‘permanent’ tattoo.

The most common method of tattoo removal is laser treatment. This works by heating up the skin, which causes ink particles that are too large to digest to split into smaller and smaller pieces, making them easily digestible by macrophages. Other than laser treatment, other methods such as dermabrasion, peels, or surgical excision work by removing the upper layers of the skin where the tattoo exists, and thus removing all the ink. All of these are more invasive than laser removal, and thus should be used mainly for smaller tattoos.

PicoSure tattoo removal is a quick and convenient, in-office treatment. Laser energy is delivered from the PicoSure device which targets the ink and breaks it down into smaller particles. These smaller particles are then eliminated through the body’s natural processes. This process allows for faster clearance with fewer treatments than traditional lasers. For many patients, the feeling of laser tattoo removal has been compared to how it feels getting a tattoo, however much faster.

Why PicoSure for Tattoo Removal?

A more modern type of laser treatment, PicoSure, works a bit differently from the rest. While it is a laser treatment, it doesn’t exclusively use heat. By pulsating energy at rapid speeds, it can accurately and more effectively break up ink particles than laser removal. On top of that, it requires less treatments and uses less heat, and is thus less damaging to the skin than normal laser treatments. As PicoSure is compatible with all colors of ink and works on every skin type, anyone who wants their tattoo removed is a candidate for PicoSure treatment. However, it’s still important to notify your provider of any underlying skin conditions to be safe. Because it uses less heat, PicoSure treatment has nearly no downtime. While there may be some redness in the applied area post-treatment, that should go away within a day.

Is this Treatment Right for Me?

PicoSure is commonly used to safely and effectively treat pigmented melasma (patchy brown discoloration of the skin), lesions, acne scars, and wrinkles with virtually no downtime. Since PicoSure uses high pressure energy rather than thermal heat to treat the skin, this laser treatment works on ALL skin types, especially Asian skin. In addition, the same dermal remodeling technology can be used for tattoo removals as well.

How Long is the Treatment?

Treatment times will vary with each patient, area of body being treated, penetration depth, and number of passes. However, most PicoSure treatments are conveniently 10-15 minutes – almost no downtime!

When Will I See Results?

Skin Cell Activation initiated by PicoSure begins right away so as a result, 1-3 hours of mild redness is common. Compared to other lasers, PicoSure delivers impressive results without the pain, discomfort, and downtime of procedures. This means there is no need to cover up treated areas or miss work/leisure activities as there is no downtime!